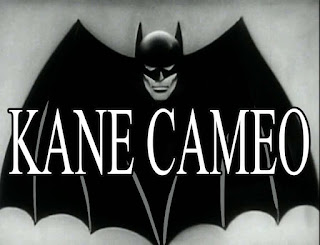 Did Batman co-creator Bob Kane have a cameo as a newsboy in the CHAPTER ONE of the BATMAN Serial?

Although it's never been confirmed that sure looks like Kane.

Kane was known to be a blow hard who often over-elaborated on his contributions so it's surprising he would never mention his first starring role in a film.  But that sure does look like Kane.

I first brought this to the internet in an April 2011 post over on IN THE BALCONY and it's since been related elsewhere as factual.  There has never been a call sheet or any other type of confirmation of such an appearance,  but it's clear from the way the newsboy is featured and he gives an overly hammy performance that it's someone of note.    Either Kane or one of the writers or another friend of director Lambert Hillyer who was on set that day.


Logically it would make a lot of sense for Kane to be there on the first day of shooting, and Lewis Wilson recalled shooting the serial almost completely in sequence.   Still, Kane's well known blustering would lead us to believe he would have mentioned the special Oscar he surely must have won at the 1944 ceremony in his biography BATMAN AND ME.  Such a claim is never made.

Could it be possible Kane simply forgot?  Or is it just someone that looks a lot like Kane hamming it up for the camera?

Here's another look at the newsboy. 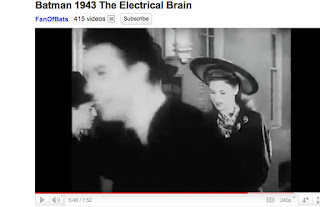 I'm not quite convinced, but it's very possible.