There was very little marketing done for Batman in 1943-- this was odd because SUPERMAN got plenty of merchandise during this period, although he was the star of his own Daily Radio Show and the sponsor was Kellogg's. 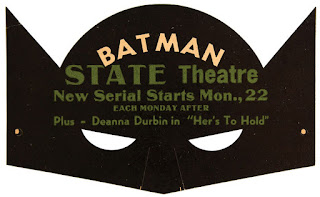 This cardboard mask was one of the few items directly connected to the serial.   It was handed out free at showings in 1943 and advertised where the serial was playing. 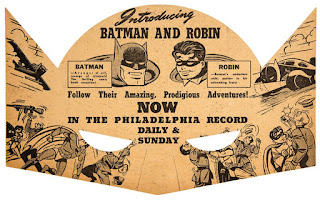 The reverse side advertised the new daily newspaper strip which was running in local papers.  It was also given away at newstands to promote the strip and the live action serial.
A vintage example of this sold recently for $4K.

We will be offering a reproduction of this mask right here soon enough.

Comics Appearing on the stands at the time included; 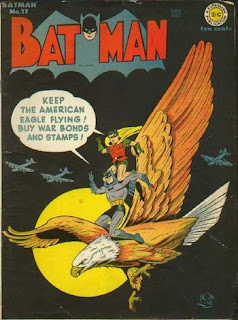 We'll be posting covers and images of these comics as well as complete stories soon enough.

There are still some fans of the old serials keeping the merchandise alive.

LEWIS WILSON BATMAN COWL
I commissioned the amazing talents of Williams Studio 2 to create a Lewis Wilson Batman cowl and they hit it out of the park; 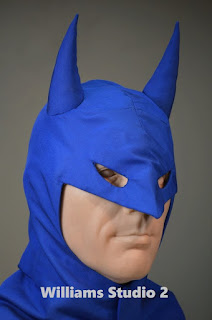 Their attention to detail is unmatched.
For the time being-- you can get one from them over on ETSY

LEWIS WILSON MARX TYPE MINI FIGURE
Many years ago I hired a sculptor to produce this Tinykins sized figure of Lew Wilson as Batman with his stolen ray gun; 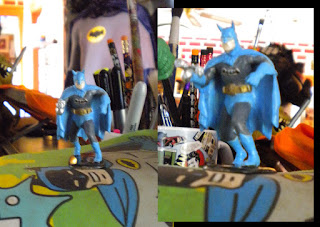 He's 54mm cast in hard resin and hand painted.  Only five of these are in existence.
Here's the process of sculpting it in wax and the original cast in white; 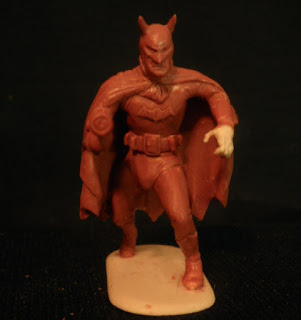 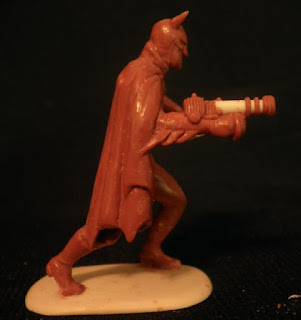 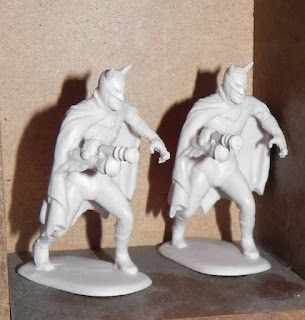 LEWIS WILSON MEGO FIGURE
Still in progress, two prototypes are in the hands of collectors. 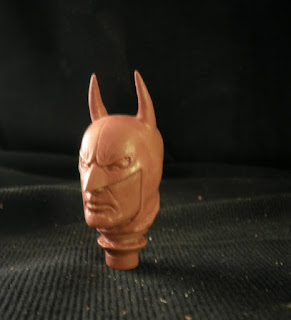 The finished figure will have a cloth suit, custom Kresge style card, utility belt and hopefully a raygun! 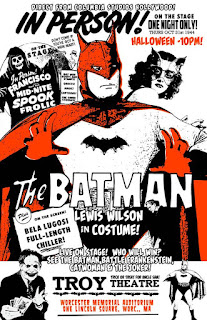 Also done by me, I think I have a problem, I love Spook Shows!  Live events where actors and actresses would appear along with ghosts, gorillas and other monsters in between showings of their films.   I imagined what it would be like if Lewis Wilson had done some of these appearances.   Paired with a Bela Lugosi Full-Length Chiller and a promised live battle between Batman, Frankenstein, The Joker and Catwoman-- who wouldn't have bought a ticket??  I did this many years ago for an art show and was happy to learn I'd fooled some people into thinking this actually was an event.  The poster is out of production but not permanently,  a slightly different version will be offered right here soon enough.

BATTLE OF THE BATMEN! 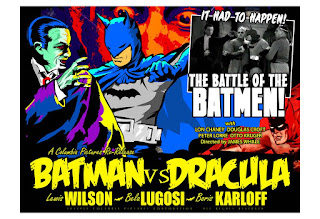 Also for that same gallery show I imagined a big screen battle of Wilson vs Lugosi and Karloff!  This one is also out of print.